The word ‘fascism’ is bandied around a lot these days – especially in the democratic western world – but in most cases without many people who use it knowing what the word really means, by whom it was coined and why, and what it described, and should still describe. ‘Racism’ is a rather more obviously defined.

A simple definition of ‘fascism’ is provided by the authoritative Oxford English Dictionary: “an authoritarian and nationalistic right-wing system of government and social organization.’

‘Racism’ is defined in the Oxford English Dictionary as – “Prejudice, discrimination, or antagonism directed against someone of a different race based on the belief that one’s own race is superior” Alternatively – “The belief that all members of each race possess characteristics, abilities, or qualities specific to that race, especially so as to distinguish it as inferior or superior to another race or races.”

Of course these definitions automatically throw up questions regarding the use and definitions of other words, but firstly how, when and where did the word ‘fascism’ originate, and secondly, does anyone on the world stage qualify as a fascist or racist based on these definitions? 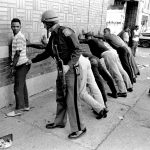 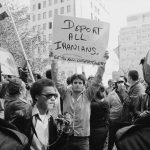 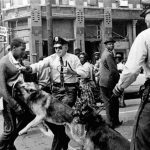 Although Roman in origin, the word ‘fascism‘ (actually ‘fascismo’) was first applied in modern history to the manifesto developed by Giovanni Gentile and adopted by Benito Mussolini in Italy in the years after World War One, and in broad outline signified a subservience of the individual to the state, in the supposed  pursuit of collective strength. To satisfy this aim, elements of nationalism (especially culture and race – hence racism), totalitarianism and statism (state regulation of life), autocracy and militarism (power invested in a strong leader) were of paramount importance.

Most importantly though, as an ‘enemy’ was necessary to demonstrate and perpetuate the superiority of this philosophy, the basic objective of fascism was specifically anti-capitalism (the ‘liberals’), and to combat communism/socialism, so being propounded as a middle-way between what were seen as two very extreme ideologies.

One can readily see that parts of fascist philosophy can be applied to various groups and individuals in the world today, but almost never in totality. In particular, comparisons with the worst individual proponents of fascism in the 20th century and their regimes – Mussolini (Italy), Hitler (Germany) and Franco (Spain) – do not bear anything more than a cursory inspection; the total collapse of their regimes was indicative of the abject failure of the philosophy – negative, abhorrent, insulting, demeaning. One could also theorise that the philosophy was also a useful vehicle for the personal self-aggrandisement of the leaders mentioned.

Interestingly, ‘liberals’ are actually ‘right wing’ conservatives, against both radical change and increased governmental control while supporting the rights of the individual, whereas ‘left wing’ communist philosophy – while not exactly as has been implemented in various countries around the world – seeks power through the collective strength of individuals. Fascism promotes the power of the state, but essentially controlled by a strong leader.

(In the pre-revolutionary French parliament, aristocratic liberal/conservatives sat on the right of the chamber, and commoners, socialists on the left.)

In modern politics, anyone who expresses opinions further to the right of normal conservative policy seems to be branded fascist and/or racist. How do some stand-up to this accusation?

In France, Marie Le Pen succeeded her father Jean-Marie Le Pen as president of the National Front (FN) party in 2011 – even including ‘national’ in the name of a party is enough to raise the ire of the opposition. However, Le Pen has also been a Member of the European Parliament (MEP) since 2004. She has partly moderated the stance of her father, and has even expelled members directly accused of racism, neo-Nazism (or petainism), anti-semitism, and has embraced such policies as same-sex couples being allowed civil union. None of these points indicate the philosophy of a fascist. 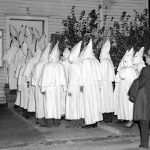 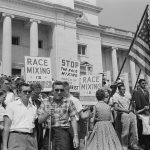 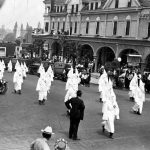 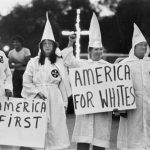 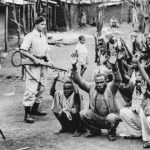 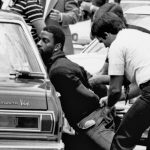 In the UK, until 28 November 2016, Nigel Farage was the leader of the UK Independence Party (UKIP), also an MEP since 1999, and is labelled ‘fascist’ partly because he was a member of the Conservative Party, but resigned because his views are further to the right in political philosophy. As the name of the party he lead suggests, he was a strong proponent of the UK leaving the EU, which has been interpreted as him being anti-free movement within Europe, therefore anti-immigration– or at least tightly controlled, although his wife is German – and by extension ‘racist’. Farage has protested against ‘Romanians (possibly) living next door’ to him, and slated (most) Muslims as wanting to take over the country. By definition, there are elements of a racist philosophy in his remarks, but to label him a ‘fascist’ ignores the absence of other elements necessary to establish the point. (There is no reason to think that UKIP policies will change under a new leader.)

Finally, following what has been described as the most acrimonious US presidential election campaign ever, as of November 2016 Donald Trump has become the president-elect. Many of his remarks during the campaign were directed against minorities, religions, women, Mexicans specifically, while others were very pro-US isolationism in regard to trade and security especially, suggesting deep suspicion of other countries’ intentions. However, his wife is from Slovenia, and his first wife was from what is now the Czech Republic, so to label him ‘racist’, much less ‘fascist’, is to ignore most of the definition.

The one political philosophical element which binds all these three personalities together could be more accurately described as ‘nationalism’ – love for and defence of their respective countries, however controversial this attitude might seem to others. While this could be accepted as one element of fascism, in itself it is not sufficient to identify the person as ‘fascist’, or their political philosophy as ‘fascism’. Their collective problem is possibly not so much what they say, but how they say it – how they express themselves, which under the scrutiny and reporting of the media today, has clearly caused them a great deal of trouble in negative publicity.

In particular, the impression is that they are very intolerant of any other point of view to theirs, which suggests that they could have very significant problems if/when head of state!

Of course there are several other politicians in Europe in particular who have been labelled fascist, racist, nationalist, isolationist or similar. Most seem simply to be craving the independent status that existed in their country – in some cases for a relatively short period of time – prior to them joining the European Union (so-called), and it spreading its wings and dominating the legal as well as the trade and security elements of the constituent countries. However, there are other countries apparently still anxious to join the Union – definitely food for (deeper) thought by those countries which are already members! 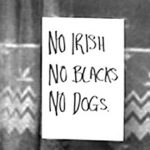 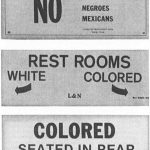 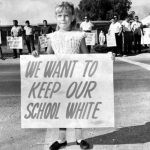 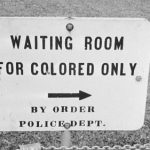 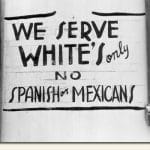 In other parts of the world, people in less democratic countries may well live in fascist-type situations without realising it, or calling it something else, and perhaps tolerating their situation simply because it has improved somewhat from that of former regimes.

Regardless, calling anyone ‘fascist’ requires careful analysis that the definition applies, and equally a comparison in depth with those in history who developed and adopted the philosophy. Libel and slander can be serious charges to defend themselves against, for those who casually use the words against another!